With ski season just around the corner, it’s time to talk about the almighty ACL. I used to love to ski with abandon until I became a physical therapist and then skiing was never the same again! ACL sprains are common knee injuries and skiers are one of the most at-risk athletes. Others include soccer, basketball, and football players. That being said, I can no longer go downhill skiing without an arguably irrational fear of tearing or spraining my ACL. Sigh. 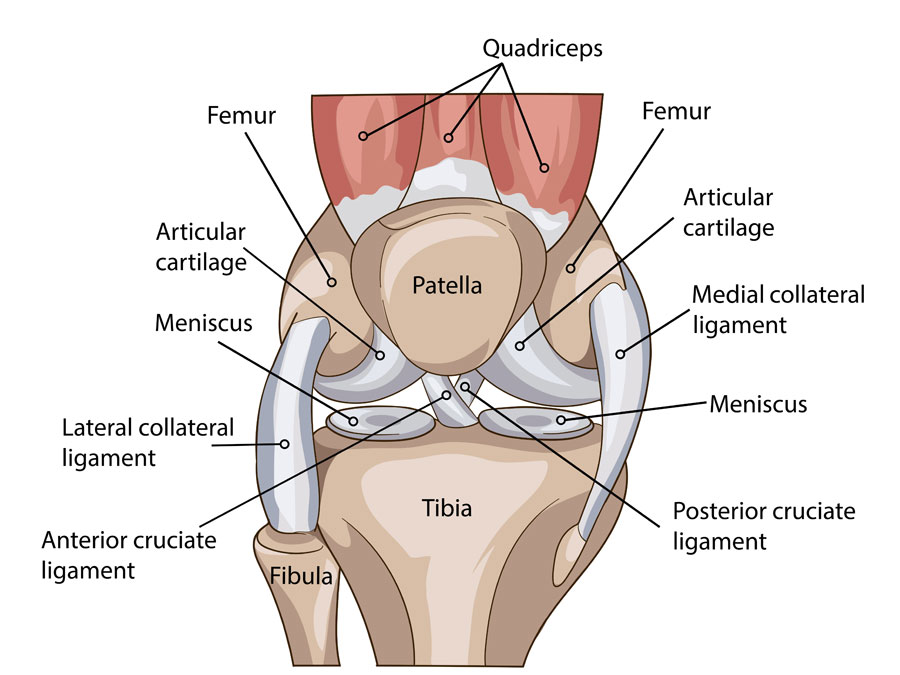 The primary function of the ACL is to restrain the tibia (shin bone) from moving forward on the femur (thigh bone). It also restrains rotation and medial/lateral (varus or valgus) displacement of the tibia when the knee is straight. Finally, the mechanoreceptors present in all ligaments provide crucial proprioceptive information to the brain as to where the knee is in space at any given time.

Roughly 70% of all ACL injuries are caused simply by doing the wrong movement. Furthermore, approximately 75% of all ACL ruptures are sustained with minimal or no contact. A common mechanism of injury involves a cut-and-plant movement, especially if there is rapid deceleration involved, which is why skiers are at-risk for injury. When turning, if there is a sudden change in direction of the knee but the foot stays firmly planted in the ski which is still pointing downhill, you’re replicating the cut-and-plant movement and can tear the ACL. Other mechanisms of injury include rapid stopping, landing awkwardly, pivoting, twisting, and direct blows to the leg.

Studies have shown that females are at increased risk of ACL injury and have a 2.4-9.7 times higher incidence rate as compared to males. Some studies suggest that females have weaker hamstrings, so they mostly utilize the quadriceps while decelerating. This places increased stress on the ACL, as the quads are less effective at preventing forward movement of the tibia as compared to the hamstrings. A second factor that may increase the risk in females is a wider pelvis requiring the femur to have a greater angle towards the knee. One study using video analysis demonstrated that female athletes are more likely to bring the knees in when changing directions suddenly (creating a valgus stress), which increases the strain on the ACL. Finally, hormonal variations may increase the laxity of ligaments overall in females.

When someone sustains an ACL tear, there may be an audible pop and the knee will often give out underneath them, which is often followed by an immediate onset of pain and significant swelling. Range of motion may be restricted, especially full extension. There may be widespread mild tenderness to touch as well. If not repaired, episodes of giving way are common, especially with pivoting and twisting motions. People are able to function without an ACL, but this often leads to an earlier onset of arthritic changes to the joint due to the decreased stability and increased wear and tear.

They say an ounce of prevention is worth a pound of cure, which has never been more true than with the ACL. An ideal ACL prevention program will incorporate plyometrics, neuromuscular training, muscle strengthening, and education on body mechanics and landing technique. Plyometrics should include high intensity agility drills that develop footwork and power, including cutting, jumping, and lateral movements. The athlete should be taught to begin and end movements with proper positioning involving hips and knees being sufficiently flexed, jumping and landing with knees over the foot avoiding a valgus stress, and landing softly. Strength training should be focused on the hamstrings and glutes. Any asymmetry in strength and movement patterns should also be addressed. Hmmm…does any of this sound familiar?? LYT Yoga® fits the bill and is the perfect preseason prevention training! However, if you find yourself struggling from an ACL sprain, click the link below to our YouTube channel for some simple exercises to help rehabilitate your knee following an injury. Until then, I’ll see you on the mat!